When Were Folding Knives Invented？ 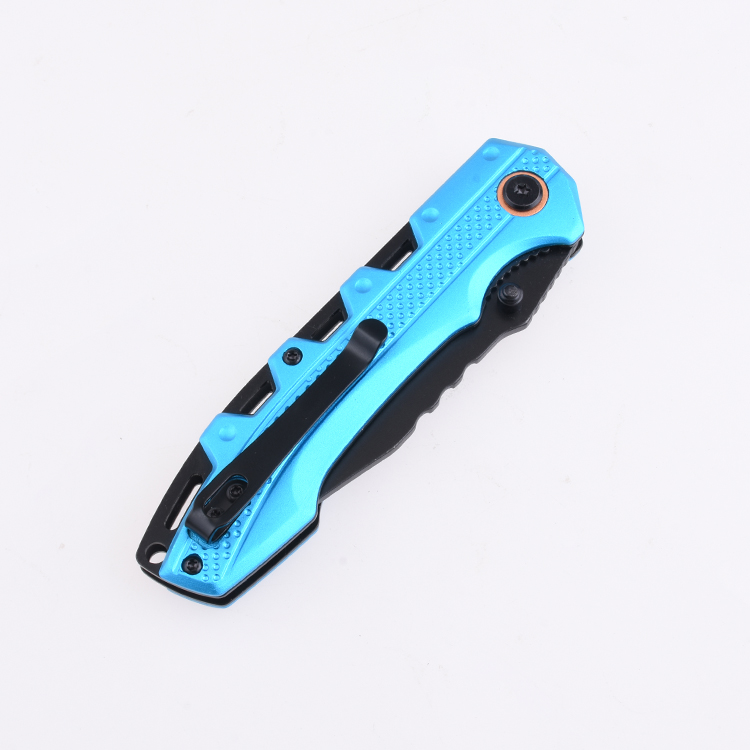 We can all agree that a pocket knife is an essential tool for a wide range of tasks.

Over the years, this item has shown to be a viable option as a "go-to" gadget for a variety of people. Knives are known to have existed around 2.6 million years ago. That period predates the appearance of Homo sapiens, the first knifemakers.

Knives were mainly used as utensils, tools, and most importantly, weapons. The Oldowan is the world's oldest knife, dating back 2.5 million years. Other knife types emerged over time, including the well-known folding knife. In case you are wondering when and where the idea for a folding pocket knife was conceived, keep reading this post.

The Origin Of Folding Knives

Man's evolution has been classified into ages throughout history. This includes the stone, bronze, and iron ages. Wooden and leather products were essential to a colonial family's survival. Knives that could be easily pocketed and kept close at hand proved to be critical.

They were used for speedy repair and gutting, cutting, and reshaping some of the basic culinary and storage tools. The pocketknife was ideal for whittling during free time or at the end of a long day at work, and it quickly became a popular activity. Young individuals in the colonies had their pocket knives all through to their adulthood.

Where Was The First Folding Knife Found?

The oldest known pocket knife was discovered in the remote Austrian town of Hallstatt by archaeologists. Researchers are still unsure about who invented this knife, but it is thought to date from the early Bronze Ages. That is around 500-600 BC. The handle on this particular knife was made of bone, which was popular among weapons at the time.

Hallstatt was a Celtic settlement most renowned for having the world's oldest known salt mine, which dates back to the time before written history. It's very possible that one of the mineworkers utilized this first bone handle pocket knife for the various duties that would be encountered on the job.

The oldest known pocket knife is a folding pocket knife. Folding knives have been discovered in several pre-Roman burial sites on the Iberian Peninsula of Spain, thousands of kilometers away from Austria. Due to their violent military personality, Iberian men were routinely recruited to fight for the Roman Legion as foot soldiers as the Roman Empire grew in power.

These folding knives are thought to have been carried by Iberian troops as weapons during wartime. Though the Romans' primary fighting weapons were spears and stabbing swords, pocket knives are easy to carry and conceal, and it's possible that they may have served as a useful third weapon if the other two were broken or lost.

Were Folding Pocket Knives Still Used During The Middle Ages?

Pocket knives were more popular later in Roman history. The Romans were expert metalworkers, and pocket knives with sculptural patterns representing victorious gladiators and terrible fighting would be made on a regular basis. The typical Roman pocket knife featured a 3-inch-long iron blade that could be closed without the use of a spring.

The fall of the ancient Roman Empire in 1476 signaled the start of the Middle Ages. Despite the passage of decades and the rise and fall of vast empires, men continued to utilize pocket knives. Unlike the Romans, however, individuals at this time mostly utilized folding knives as tools rather than weapons.

When Was The First Folding Knife Produced?

The first folding or pocket knives were created by the Romans. The skill was passed down down the generations, resulting in high-quality knives that were primarily owned by the wealthy. Almost all of the handles were made of bone or ivory.

Pocket Knives could be mass-produced by the 17th century in England, during the commencement of the Industrial Revolution. Obadiah Barlow of Sheffield, England, is credited with the first mass production of folding knives approximately in 1670. 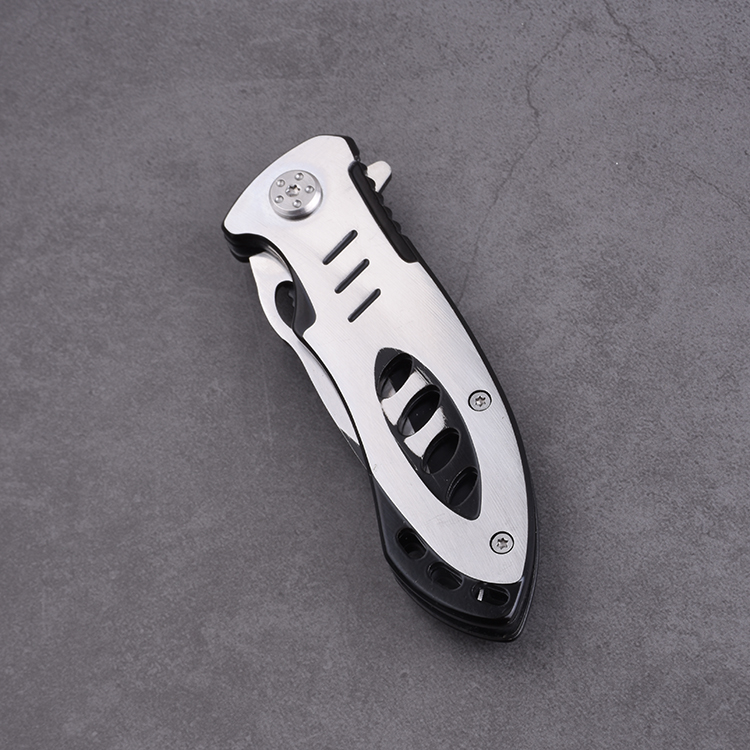 Folding knives have been on the rise currently and this is due to the numerous benefits they offer users.

Cutting is without a doubt the most significant and primary function of a folding knife. While having a set of scissors or tweezers on hand can be beneficial for first aid or in a survival emergency, nothing beats the everyday utility of a folding knife.

You can cut wires, paper, cardboard, wood, and a variety of other materials with this tool. Cutting is also a breeze and safe because of the comfort. You can cut almost anything as long as it is thin enough. A folding knife's cutting capabilities are nearly limitless, so keep one on hand just in case you need to cut something.

While a first-aid kit would be the best solution for treating a cut or serious injury, a folding knife can be useful for a variety of tasks in an emergency. Having a multi-tool or a simple folding knife can save your life in a variety of situations, including pulling garments off, removing splinters or items from wounds, and much more.

They are great for fixing problems quickly because you don't have to prepare or shape them like a fixed blade. You just need to take it out of your purse or pocket and then spread it out. You will have a folding knife handy for a variety of tasks, including cutting a seatbelt after a car accident, making a bandage out of gaze, and more.

You can even carve messages in rocks or wood with a folding knife as survival or emergency signals in the woods for someone else to read and help. It could also be used to liberate prisoners in a survival crisis or simply to cut the rope when someone attempts suicide. That's how valuable a folding knife can be when you least expect it.

You may take it with you wherever; a folding knife can easily fit in any pocket of your clothing, bag, pouch, or baggage. Because of their ability to meet in even the tiniest of spaces, they are extremely portable and practical compared to fixed blade knives. They will allow you to have one even in the most unexpected of circumstances.

If necessary, you may also carry a folding knife with a lanyard.  not just because of its portability but also because of the incredible foldable design that it provides. When it comes to using in a matter of seconds, a folding knife will not fail you down. To cut or trim anything, simply pull it out of its storage location and unfold it.

A well-made folding knife can also be relied upon to last a lifetime. If you choose one made of stainless steel, you can rest assured that it will never corrode or wear out. when it comes into touch with dangerous liquids or even water, it will still maintain its functionality and appearance. Let's not forget that they're also useful in heavy-duty situations. A folding knife is just as tough to break as a kitchen knife.

A folding knife is not a weapon until it is called upon to be one. Having one by your side will protect you from the wild animals and other humans on the streets and other instances where nonviolence isn't working. You can simply use it as a threat, and it will probably suffice. Always keep in mind that it is still a tool and not a weapon. This will help you to use it defensively and avoid doing more than it was designed to accomplish.

What makes a modern Folding knife different from a classic one? Although a knife's modernism or coolness varies considerably from person to person, there are a few aspects that we can all agree on that make certain blades cooler or more modern than others. A pocket knife's design, materials, and action are all factors that determine whether it is cool or not.

Features Of A Modern Folding Knife

When it comes to folding pocket knives, less is more. Here's a rundown of the best modern folding knives. 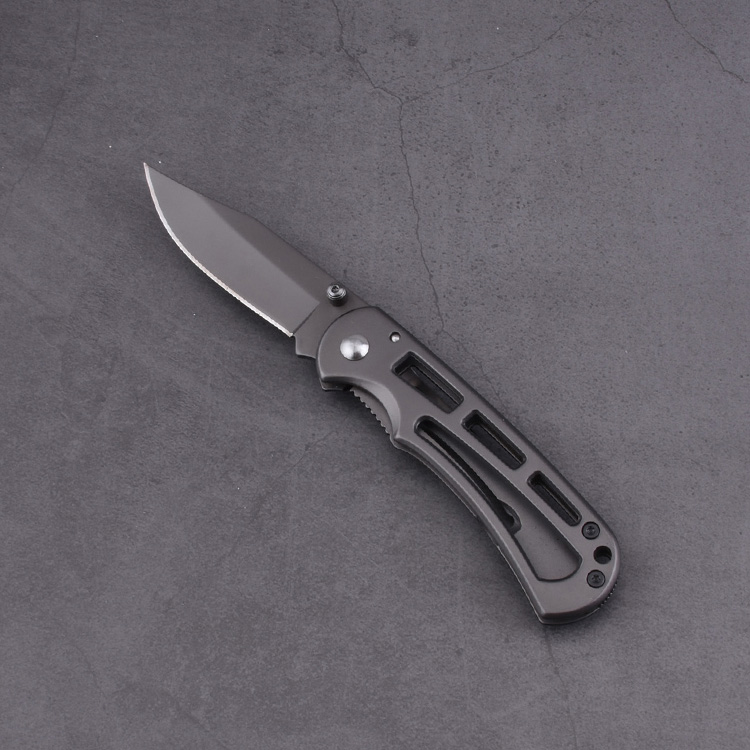 It's martensitic stainless steel with excellent machining capabilities. It offers good corrosion resistance, polishing ability, strength, and wear resistance. This folding knife is designed to endure high loads, high wear resistance, and the effect of corrosive agents on plastic molds. The 3Cr13 material with a hardness below HRC30 has higher workability and is easier to obtain superior surface quality after quenching and tempering.

The Leek which is one of Kershaw's most popular knife series features a compact,  modified drop-point blade with excellent slicing qualities. The high-performance blade steels sharpen to a razor-sharp edge and keep it for a long time. The three-inch blade is ideal for most tasks, and the small tip makes piercing and detail work a breeze. 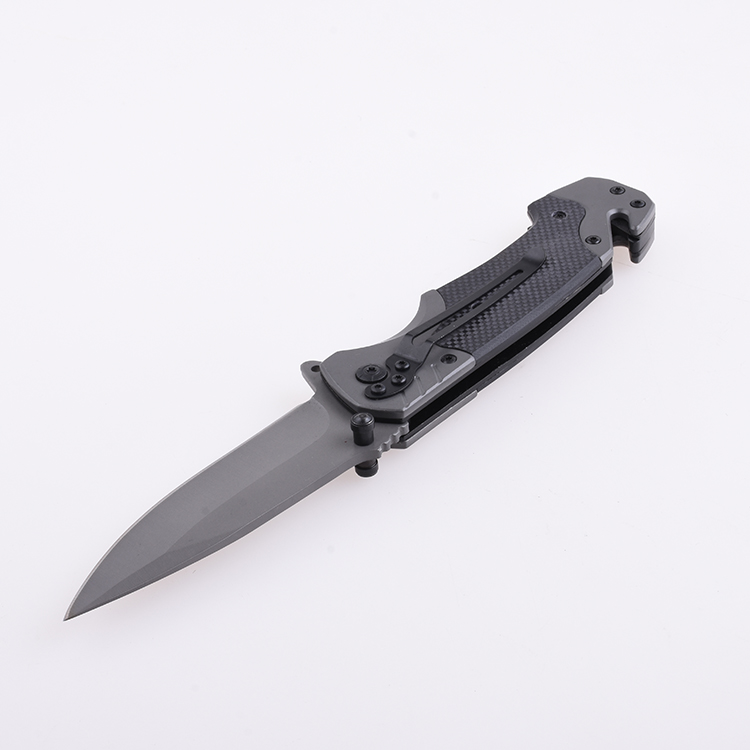 2Cr13 is martensitic stainless steel with good hardness, magnetic, and welding preheating. Austenitic stainless steel electrodes for welding and Q235 do not require preheating. This is a powerful tooltip type that is also one of the most popular on the market. It boasts outstanding cutting performance and provides the blade with a lot of flexibility.

Now that we know where folding pocket knives came from, we can appreciate how significant this instrument was and will continue to be in the future. It's a tool that's here to stay. Shieldon has a variety of high-quality pocket and utility knives. Let us know what your favorite knife is and contact us In case you have any inquiries.