Why The Thumb Holes For EDC Folding Knives 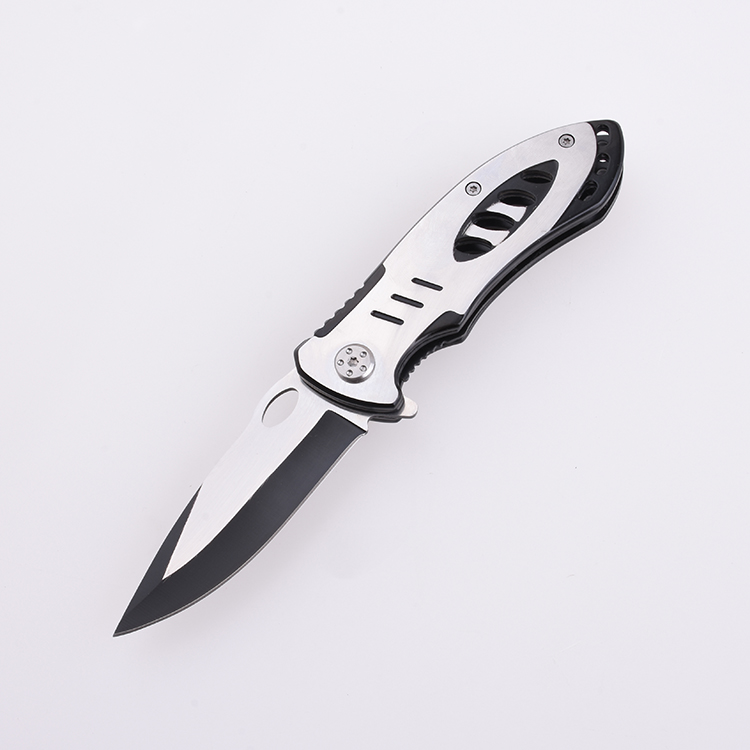 Knives with thumb holes are ideal for people who carry a lot of stuff in their pockets since they are less prone to get tangled up when being pulled out. They are simple to open and look fantastic. Today we will discuss the thumbholes in folding knives and a few examples from Shieldon.

What Is a Thumbhole and How Was It Invented 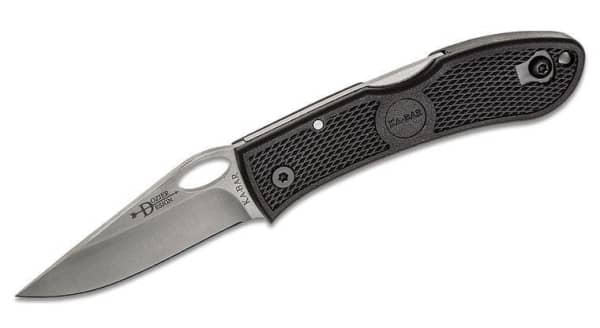 A thumbhole is a circular hollow part on a knife’s blade part that nears the handle. Why are there holes in the blades of pocket knives? Some of the most common reasons for a knife company to drill a hole in the blade of its pocket knives are to reduce the weight of the knife, to replace the thumb stud for opening the weapon, and to make the design stand out among other pocket knives.

In 1981, a US utility patent was awarded for this groundbreaking invention, which essentially helped determine the shape of the contemporary folding knife. Unlike thumb studs, disks, and other one-hand-opening attachments, the hole has a wider surface area and does not interfere with the blade's cutting motion.

Knife selection is mostly based on the knife' quality, durability, features, and operational efficiency. You have probably seen blades with a variety of features, with the presence of holes being the most noticeable.

It's difficult to appreciate the significance of holes in a knife blade unless you have bought and used one. Knives with holes, whether pocket knives, kitchen knives, or utility knives, are important because they help users, as explained below.

Heavy knives are bulky but powerful, and they exhaust the cutting process. If you do most of your job with a knife, a heavy knife will slow you down and may create soreness in your hands. Creating holes and dimples on a knife's blade, on the other hand, reduces the weight of the blade, making it lighter.

Creating holes entails removing some material from the knife, allowing for weight loss while maintaining the knife's quality and strength. For EDC folding knives it is an added advantage since as the name suggests, they are knives that you carry every day which means they should be lightweight.

When you cut food and other items, they tend to stick to the knife's blade's side, in case the knife you are using has a smooth blade, which is frequently the case. This is exacerbated when cutting something into very small or thin bits.

The Knife's Ease of Opening

In the area around the handle, certain knives have large holes drilled into the blade. The holes near the handles of pocket knives are related to them. The perforations are significant because they make it easier to open the knife with your thumb if your other hand is occupied. The hole allows the pocket knife to be quickly opened without any protruding parts that could obstruct normal pocket knife use.

Knife blades with holes are excellent for enhancing their appearance. The majority of customers will make purchases based on what they see. In terms of carrying out its functions, a knife may be of good quality and long-lasting.

Making holes in the knife blades has a cost-cutting effect. Knife-making enterprises can amass material for knife blades while generating holes to produce more knives. As a result, knife manufacturers use less material, lowering manufacturing costs and making the knives cheaper to the general public. The cost-cutting benefit is passed on to the buyer, who pays less for the knife than it would have cost if it had been constructed without holes.

The Ability To Recognize a Brand

Some companies have developed a distinct brand image by producing knives with a distinctive and unique hole in the blade of the pocket knife. When someone who has been around knives for a while notices the hole in the blade, most people will know the exact brand.

So next time you’re shopping for a blade, seeing that familiar thumbhole may make your work easier.

Even if the holes are for a specific purpose, there is a drawback to using a knife with holes. Using the kitchen knife as an example, you may need to be especially cautious when cleaning the knife because various bits and pieces of food may become stuck in the blade's holes.

Top Folding Knives That Have Thumbhole 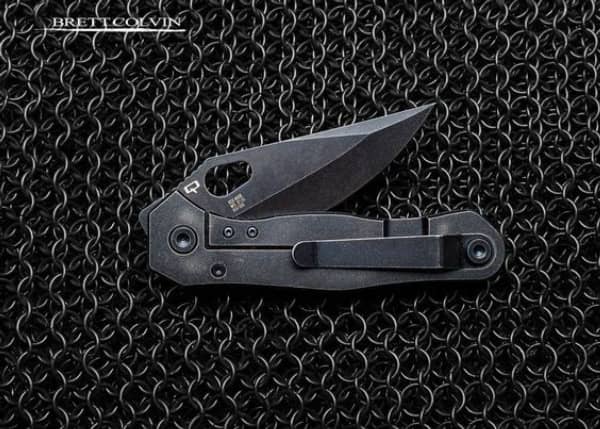 Shieldon is a folding knife manufacturer with 24 years of experience in the production of folding knives with thumbholes and multitools. It is a China-based company with ISO certificates and a dedicated team to ensure quality pocket knives are manufactured to match your taste.

We ship all products globally at an affordable price so your location should never worry you. We will deliver every order you make on time and at your doorstep. We will shine some light on a few folding pocket knives including two of our best pocket knives with the thumbhole. 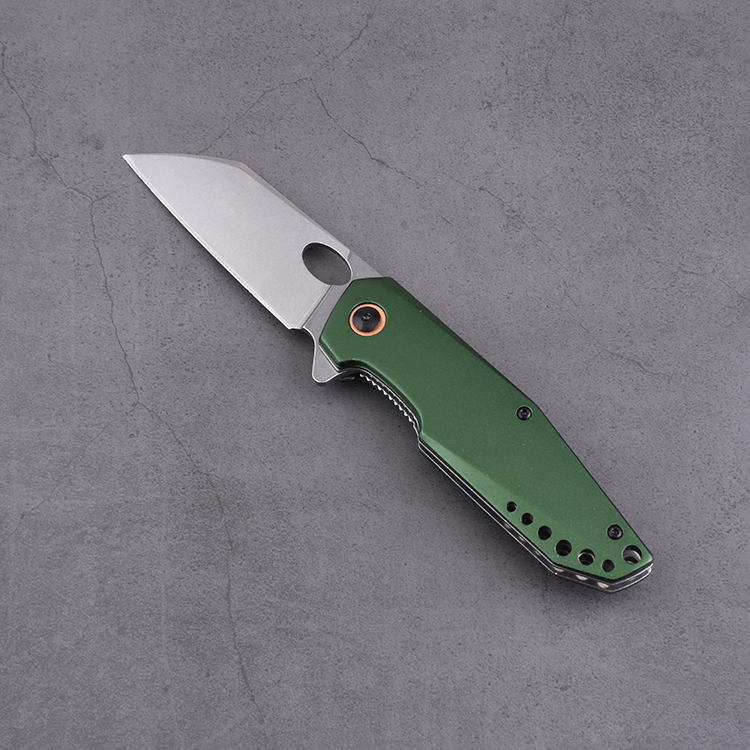 This folding knife has a weight of approximately 110 grams, a total length of 197 mm, and a blade thickness of 2.8 mm, and it also operates under a liner lock mechanism. This folding knife is built with 3Cr13 which is a stainless steel material to boost its durability.

OEM Folding Pocket Knife 2Cr13 has a thumb hole to help the user open and close the knife easily. It is another lightweight folding knife that can be carried along with ease. The drop point has a distinctive form that gradually drops toward the blade's tip. The knife's breadth is neither wide nor thin, and there are a variety of average widths.

Its popularity stems from the fact that it may be used with blades of any form. By placing your finger on the back of a delicate knife, you can use the drop point for fine work or face the skin of things. Please keep in mind that a thick blade will not be ideal for a little piercing.

OEM Folding Pocket Knife 2Cr13 also has great features including being lightweight with a weight of approximately 141 grams, it has a total length of 176 mm with a dropping blade style. Its blade length is around 75 mm with a thickness of 1.9 mm on average. This folding pocket knife also uses a liner lock mechanism. 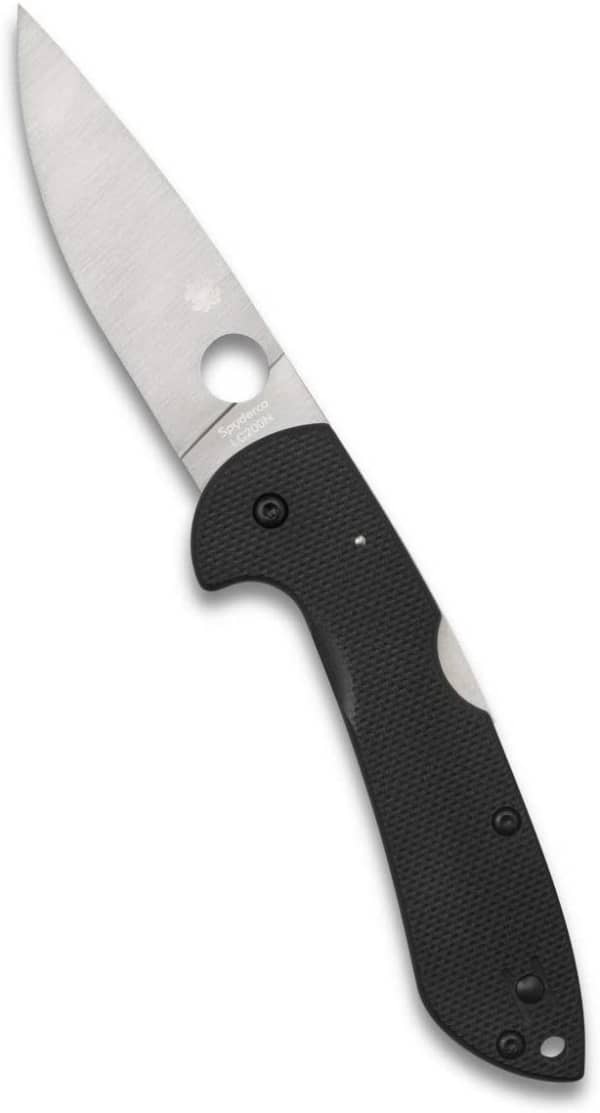 The Proficient FB36CFP is built for optimal performance with a thumbhole to make it convenient when opening. Although it has a large appearance, it is ergonomic and simple to use, resulting in less fatigue. The Chris Claycomb-designed knife is an excellent choice for outdoor activities and everyday tasks such as opening packages, slicing your favorite fruit at the workplace, self-defense, and even first aid. It features a fixed blade and weighs slightly more than 6.3 ounces.

The proficient FB36CFP’s comfort and dependability are enhanced by the handle. It's a little thick so it doesn't slip out of your hands. It gives a tight grip and completely covers the blade's tang, which is held in place by two bolsters. It's made of solid carbon fiber rather than carbon fiber that's been coated. Since it is made of tough materials, this pocket knife will come in handy during any emergency.

Spyderco Tenacious is another folding pocket knife with a thumbhole. The handle on this folding knife is made to endure a lifetime. One of the best pocket knives in the industry, the G10 is popular for everyday carry. A carbon fiber handle gives it a slim profile. Weighing less than five ounces, it's compact and lightweight.

Spyderco's best folding carbon fiber knife will appeal to outdoor lovers as well as everyday knife users. There is only one style available. It can also be folded into a pocket knife for convenient storage and transport. Get yourself a Spyderco tenacious the next time you go shopping for knives.

Despite its diminutive appearance, the blade is usually a good pick. It is 3.5 inches long and composed of stainless steel 8Cr13MoV. You do not need to maintain it because it won't rust or corrode. Because it has a razor-sharp edge and a pointy tip, use caution when packaging it.

You can count on this pocket knife anytime and anywhere from the office to the kitchen. 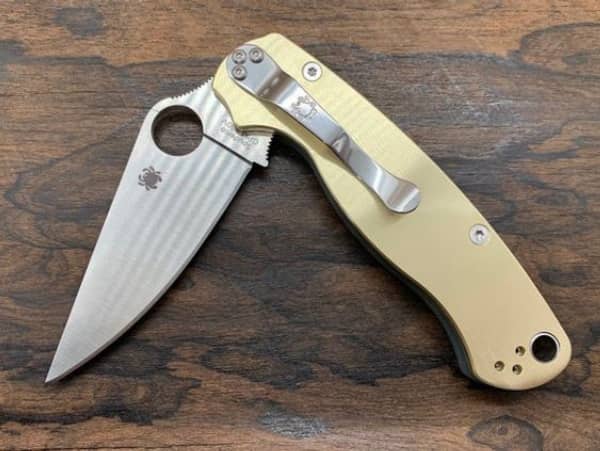 This pocket knife's disadvantage is that it has a large blade. It's possible that it's a little too much for certain people's daily needs. The Spyderco Para Military 2, on the other hand, is a stylish and tough knife. We will reach for the pocket knife first if the zombie apocalypse strikes. It is very convenient to use this pocket knife since it has a thumbhole to enhance the opening.

Folding knives play a big role in our everyday carry and thumbholes make them even look more stylish and easy to open. When shopping for an EDC folding knife it's important to consider the quality. Thumbholes are also important elements to put into consideration since they have numerous benefits as discussed in this guide.

In case you are seeking the best EDC folding knife with a thumbhole, Shieldon company will have you sorted with top-notch quality. We offer the best at an affordable price globally. Kindly reach us if you have any inquiries for additional information.