I want a custom knife as soon as possible! 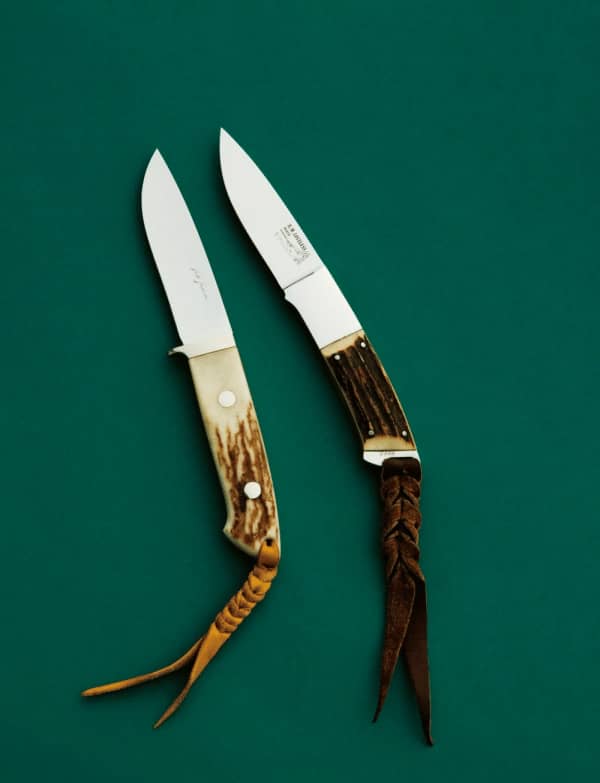 (Left) Drop point hunter / Nobuo Fukuda of <Tack Fukuta> became the first Japanese to become a member of the American Knife Makers Guild (an organization founded by Loveless to root the knife culture). One. The photo is not for sale because it is a single item, but other custom knives start at $520 (Fukuda Knife Mfg. Co., Ltd.). (Right) Integral Hunter of <RW Loveless> / A knife called Integral Hunter, which Loveless is good at. A "nude mark" is engraved on the blade only on what he recognizes as a masterpiece. The handle of Kazuno is rugged, but the fit is first-class. The photo is a precious piece that remains in Fukuda Hamono. )

In the winter of 1953, a sailor steps into an outdoor equipment store to buy a knife. Unfortunately, I didn't put the item I wanted, but it can be said that history moved at that time. This guy made a knife by hand with the DIY spirit of "If so, make it yourself".

Of course, there is no large-scale equipment. So he came up with a manufacturing method called the stock and removal method, which cuts a board, makes a prototype, and shapes it with a file (this is the standard for custom knife manufacturing that continues to this day). The knives made in this way, which are both practical and beautiful, are now sold in stores and quickly become popular. It seems that there are even collectors now. Yes, he is the late Robert Waldorf Loveless, the eternal legend of the custom knife world.

Some Japanese people are recognized by such loveless people. The late Too Fukuda, the second generation of Fukuda Knife Manufacturing Co., Ltd. in Seki City, Gifu Prefecture, is the "city of swordsmiths". Mr. Noboru, who started making knives by launching his brand <Tack His Fukuta> from the early 1970s, sends a love letter to Loveless aiming for a factory of even higher quality. "I want you to take a look at the workplace in a few days." It was in 1978 that I boarded California alone. At the beginning of the encounter, Loveless told me to show my hand, and as I was convinced, I was invited to the workshop and allowed to become a disciple. There, Mr. Too, who witnessed the loveless craftsmanship, returned to Japan and made a custom knife of <Tack his Fukuta>, which became famous as a masterpiece of craftsmanship, and his son Kazuhiro inherited the third generation. It's still going on.

Many people think that knives are industrial products. But if you get the chance, try holding a custom knife. Hand-crafted by a single craftsman, it is incomparable to mechanical products in terms of sharpness, familiarity with the hand, comfort, and aesthetics. Here is the figure of the far north of the "knife as a tool". 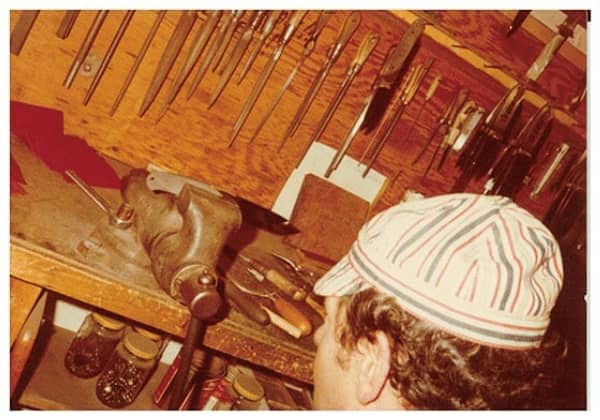 It takes so many tools to make a custom knife with the stock and removal method. 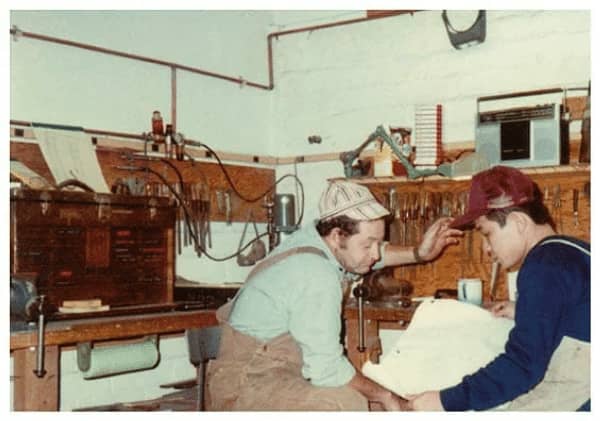 Loveless and Noboru working in the workshop. Loveless seems to have received a great deal of inspiration from Mr. Noboru in terms of design, and he later commented on Mr. Noboru. According to him, "Japanese people are good at appealing to the eyes." 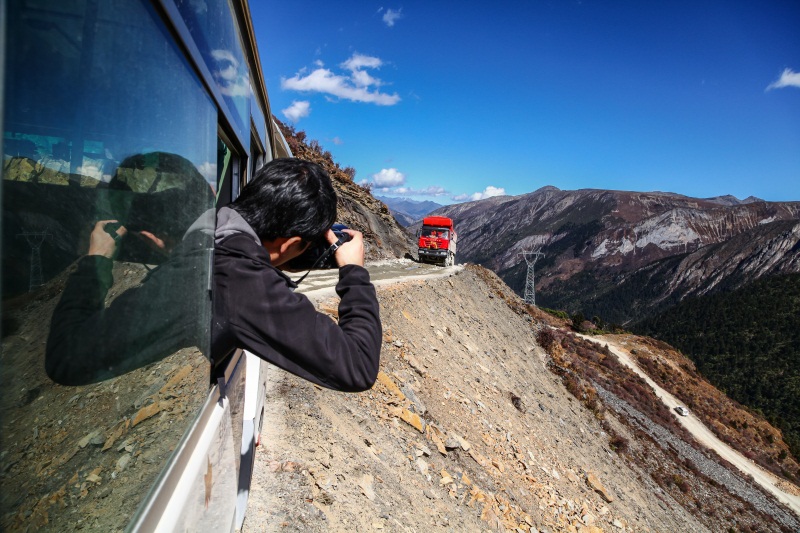